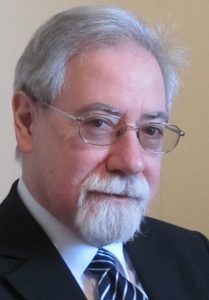 Brian Filling is the Honorary Consul for South Africa in Scotland.

He was the founding Chair of the Scottish Committee of the Anti-Apartheid Movement, from 1976 until its dissolution in 1994, with the ending of apartheid. He is Chair of the successor organisation, Action for Southern Africa (ACTSA) Scotland.

He is Chair of the Mandela-Tambo Lecture series; and Chair of the Nelson Mandela International Day Scottish Planning Committee.

He was a Guest at the 1994 Inauguration of Nelson Mandela as President of the Republic of South Africa.

Brian Filling has written, contributed to, and edited books and publications related to South Africa including: