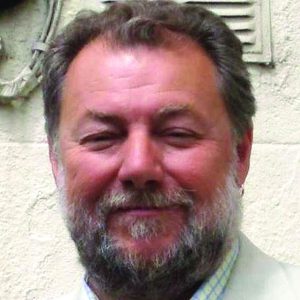 Brian Filling, Chair of the Board of the Nelson Mandela Scottish Memorial Foundation, said:

“The members of the Board of the Nelson Mandela Scottish Memorial Foundation are deeply shocked and saddened by the sudden death of Chris Bartter.

Chris’s work as a member of the Board of the Nelson Mandela Scottish Memorial Foundation was invaluable. He had recently taken up the role as Head of Communications for the Foundation and played a key role in its successful public launch some two weeks prior to his sudden and untimely death. He will be sorely missed by the Foundation.

Chris meant a lot to us, as he did so many people and organisations in the trade union, labour and progressive movement. He contributed in so many diverse ways to the movement and its many worthy causes over decades, not least to that of the Anti-Apartheid Movement and its successor organisation, ACTSA Scotland. It is difficult to overestimate his sterling contribution.

The Board of the Nelson Mandela Scottish Memorial Foundation sends its deeply felt condolences and solidarity to his partner of some forty years, Doreen, on her tragic loss.”

Obituary in The Herald follows

Trade unionist, campaigner and former chair of the 7:84 theatre company. An appreciation

CHRIS Bartter, who has died aged 64, was a huge, almost omnipresent figure on Scotland’s cultural, labour and trade union scene. His towering physical height was considerable but what made the impression on people was his warmth, his sensitivity, his knowledge and intellect, his creativity, and his sense of fun.

He was born in North London and moved to Dorking, Surrey, with his parents and younger sister Vanessa when he was 10 years old. He went to Dorking Grammar school before coming to Glasgow to attend Strathclyde University. He then started as a librarian in the Mitchell Library in 1975, met his partner Doreen – and remained there for the next 42 years.

They were both committed to learning, to the arts, to trade unionism and to socialism. But most of all they were an accomplished double-act of sharp retorts (often at each other’s expense), fun, and great conversation.

Chris became a proud Glaswegian, recently doing walking tours of the city’s history, but he remained a dedicated and optimistic Tottenham Hotspur supporter as well. He achieved a feat that few locals can manage in that he could sing (and often did) a full and perfect version of Hamish Henderson’s The Freedom Come All Ye.

From his early days as a steward in Glasgow libraries, to service conditions officer in the Glasgow branch, to chair of NALGO’s publicity committee to lay Scottish district secretary and then on to full-time communications officer, Chris devoted enormous energies to UNISON and the trade union movement.

He did not just work communications, he created the communications culture in UNISON Scotland, engaging, enthusing and training lay activists and always there to support them. Communications was not just publicity, it was organising.

But it is not all he did. He was instrumental in the first trade union street theatre campaign for the NHS in 1983, On The Pig’s Back, and the union’s sponsorship of some of the first performances of The Steamie.

He chaired the 7:84 theatre company, he wrote culture reviews for the Morning Star, he was a huge part of reinstating Glasgow’s May Day as a festival and latterly he was organising the launch of the Nelson Mandela Memorial Foundation and the Havana Glasgow Film Festival. And he did much of this after his retirement in 2010.Fellow Havana festival organiser Simon Macfarlane said: “He always championed the role arts could play in our struggles and in the enrichment of all our lives. He was of course a creative artist himself, designing and publishing countless resources that we could all use to fight for our members.” He was also a tireless freedom of information campaigner.

Chris Bartter was an internationalist. He and Doreen travelled widely, not just as tourists, but as people who understood the history, politics and struggles of the people and places they visited.

Chris loved people (well, most people). His famous Chris hugs, his booming presence and that guffaw of a laugh are legend.

An example was at the recent launch of the Mandela statue appeal in the City Chambers when he was seen in deep and knowledgeable conversation with Sir Alex Ferguson about a painting on the wall. The booming laugh then followed as some one-liner was exchanged.

In his spare time, if he had any, Spurs and cricket were his passions. But not as much as collecting books – lots and lots of them despite Doreen’s attempted restraints. So much so that he was known to have bought the same book twice as others found to their advantage when they were presented with the duplicate.

He loved meals and drinks with his many, many friends. Meetings were often only made bearable by the thought of a couple of pints with Chris afterwards. And he was loyal to those friends and to colleagues in the trade union movement. Just a few weeks before his death he took time to attend the funeral of a previous UNISON retired members activist. The fact that Chris engaged so well with people, that he touched them so much with his humanity, is what led to such an outpouring of shock and devastation when his death was announced.

So, was there anything that made Chris Bartter angry? Injustice, inequality and poverty were the obvious ones. Those were the things that drove his socialism – a practical socialism about making things better for people.

He also got quite exercised about misplaced apostrophes to the extent of ‘amending’ public posters.

Chris achieved so much and, in so many areas, he made a difference that will leave lasting legacies. But he did not do all of this alone. He was part of a team that was he and Doreen. They were matched in humour, kindness and commitment to the labour and trade union movement.

His sister Vanessa provided him with three nephews who thought the world of their uncle and loved the family visits. One of them has lived in Glasgow for the last six years with his wife and has greatly appreciated having him and Doreen nearby. Another has made him great uncle to two little girls.

Chris Bartter is survived by Doreen, his sister Vanessa, his family and his huge army of friends.